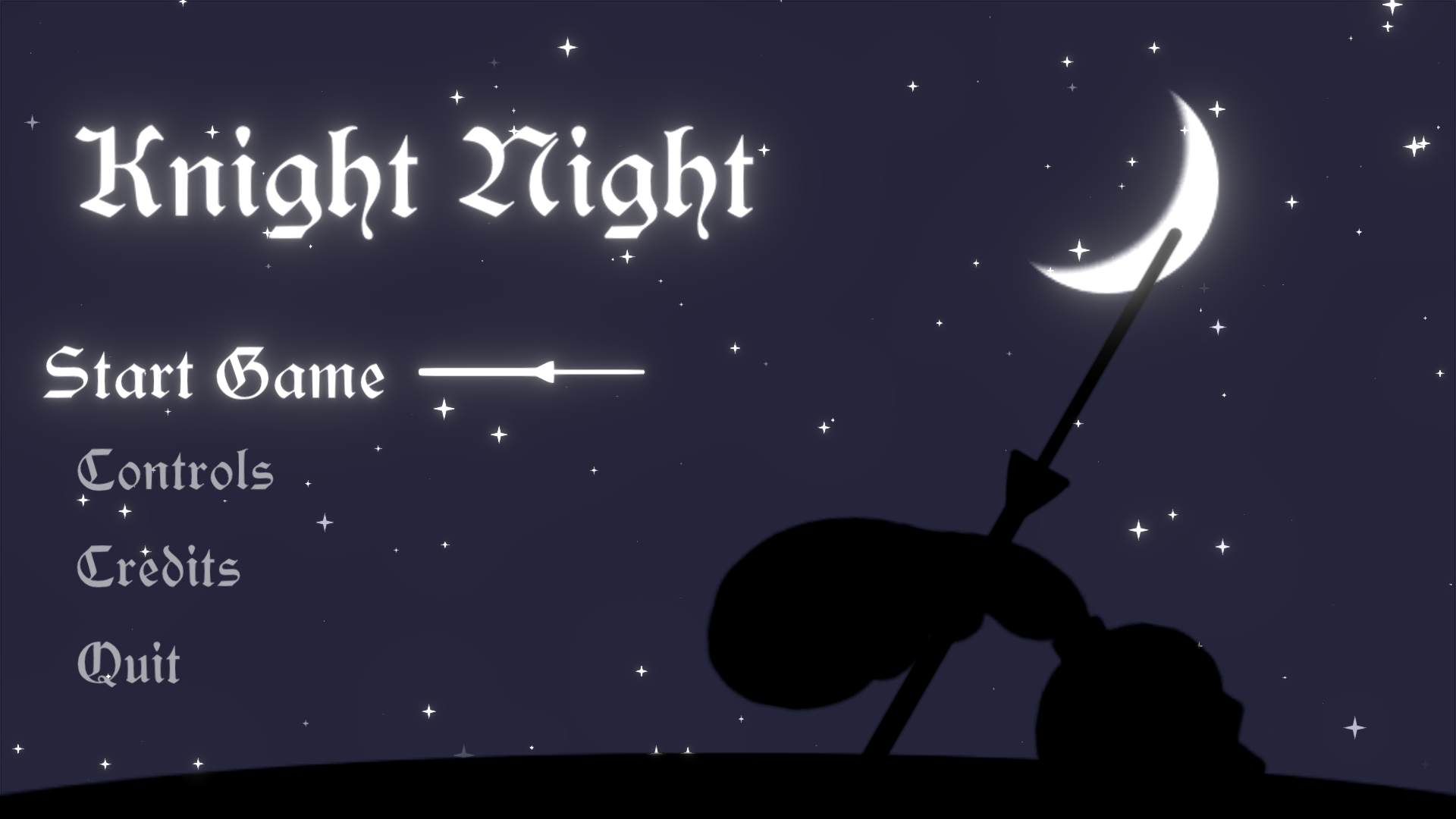 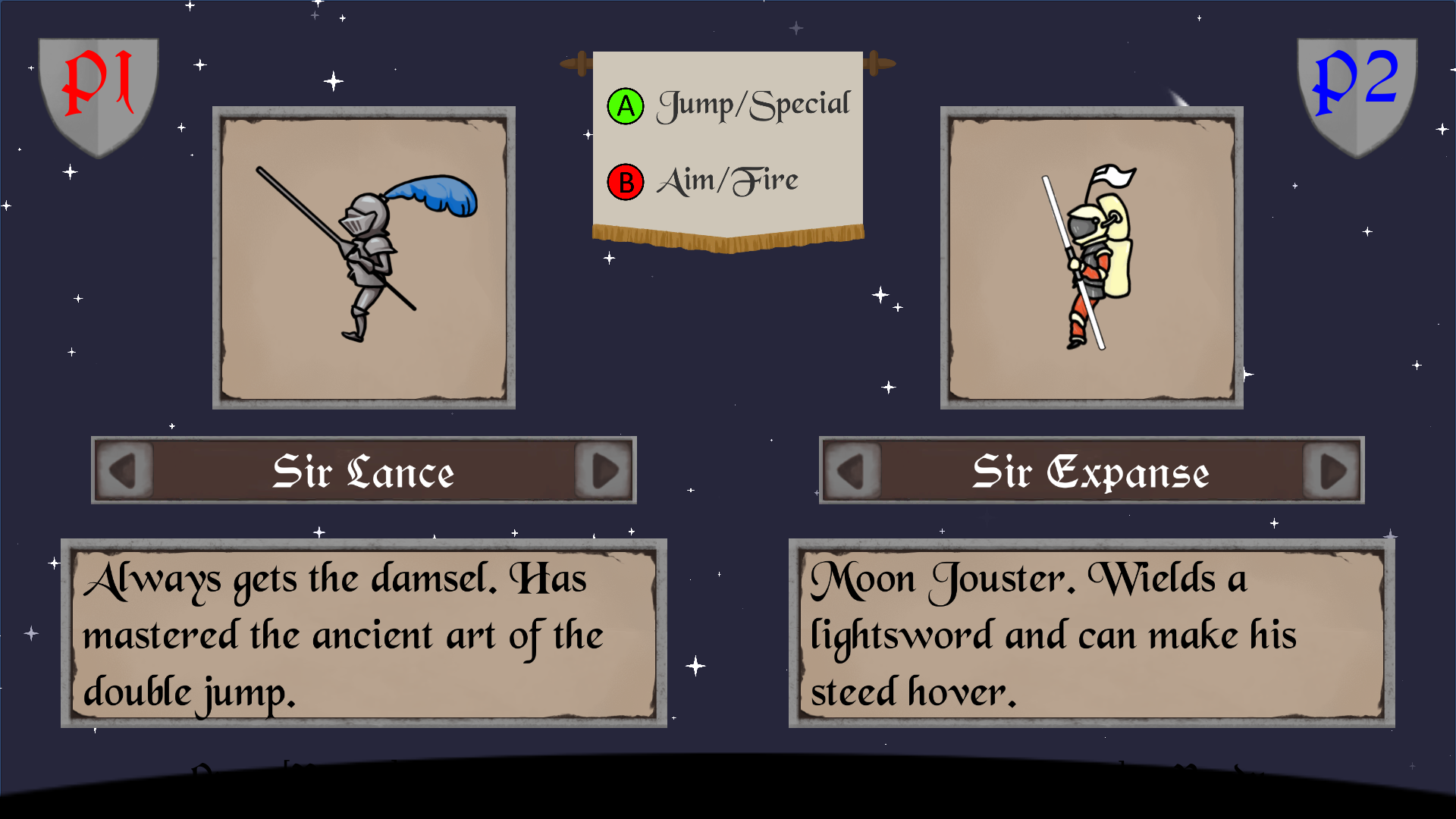 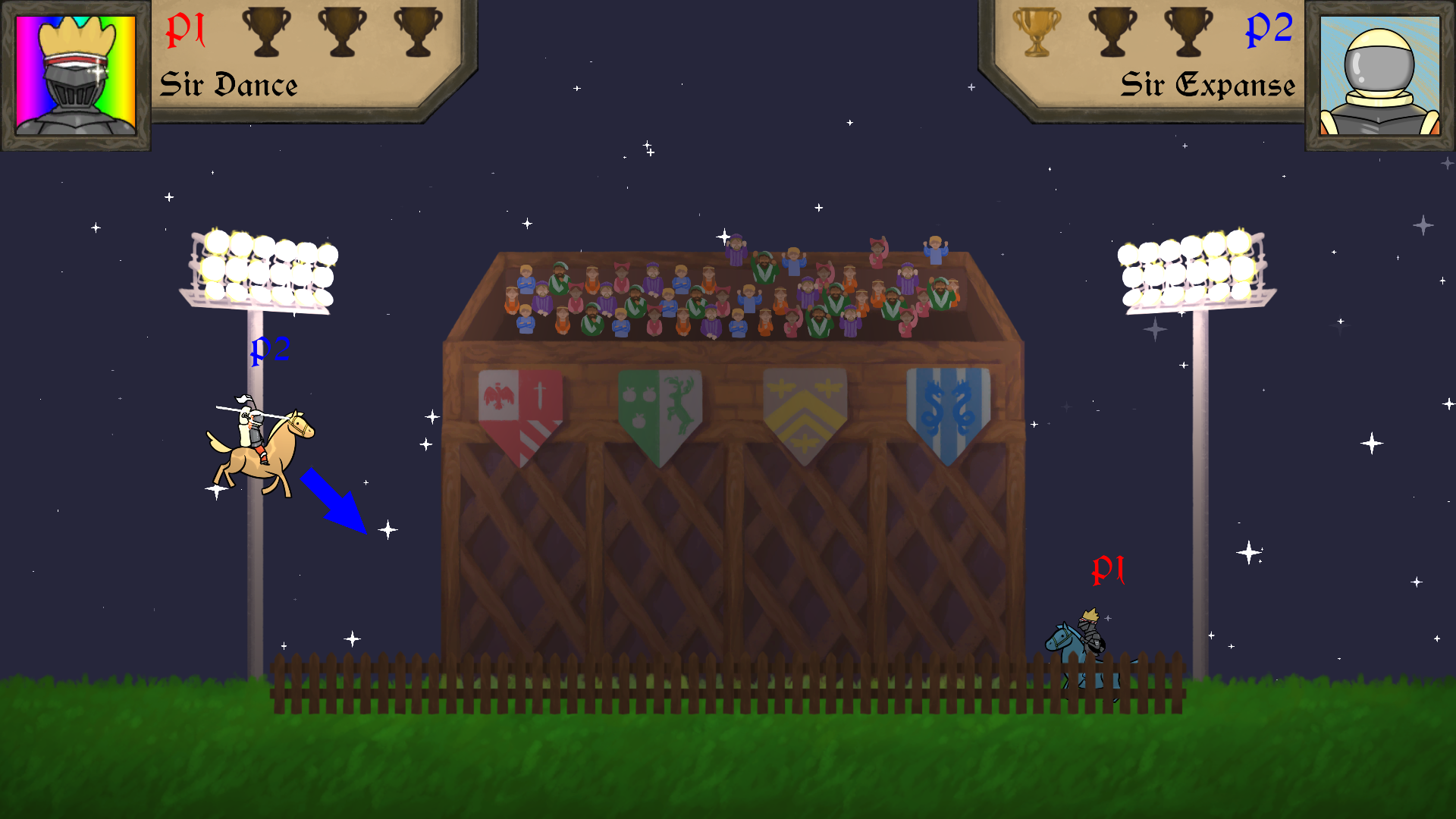 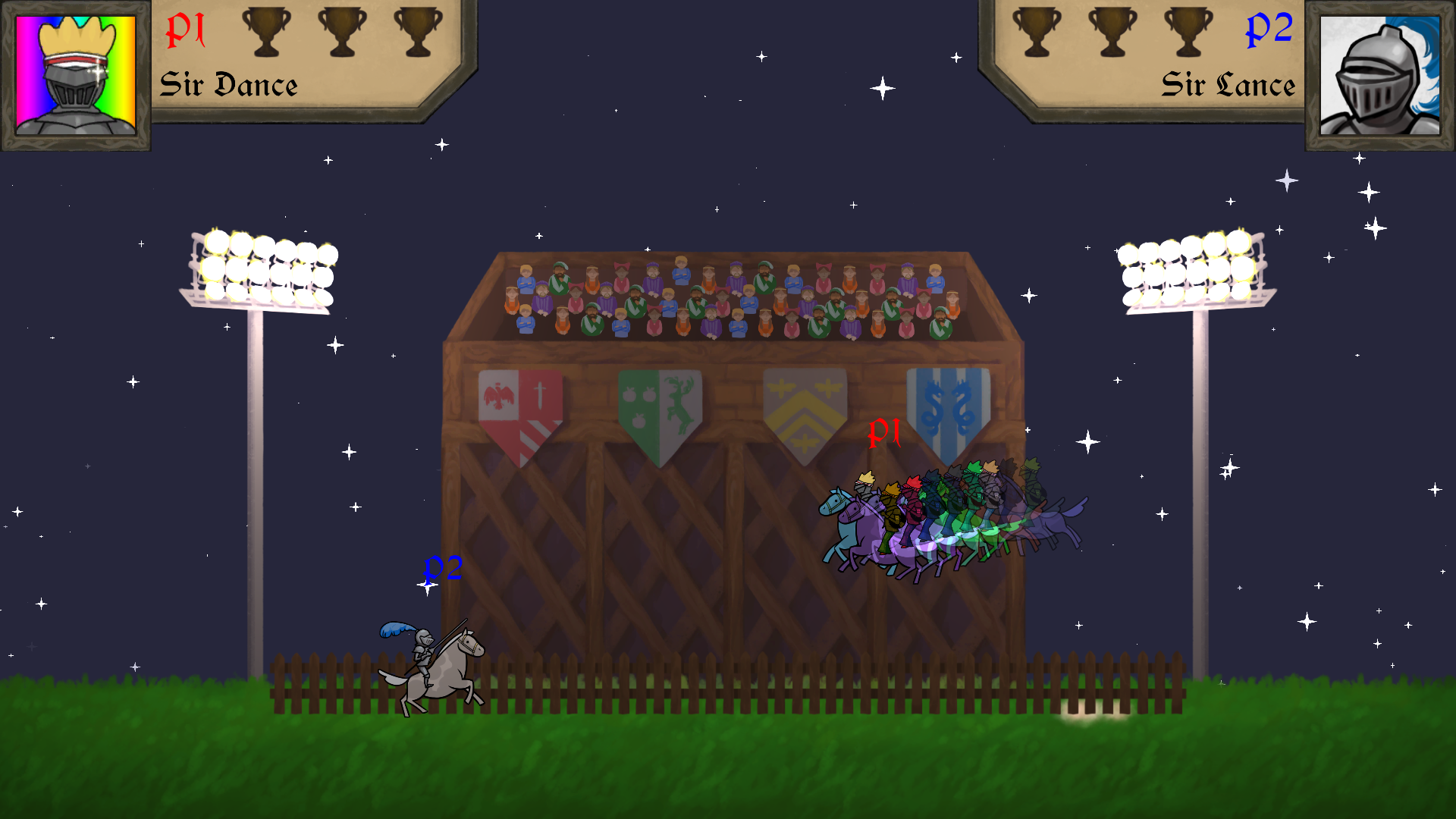 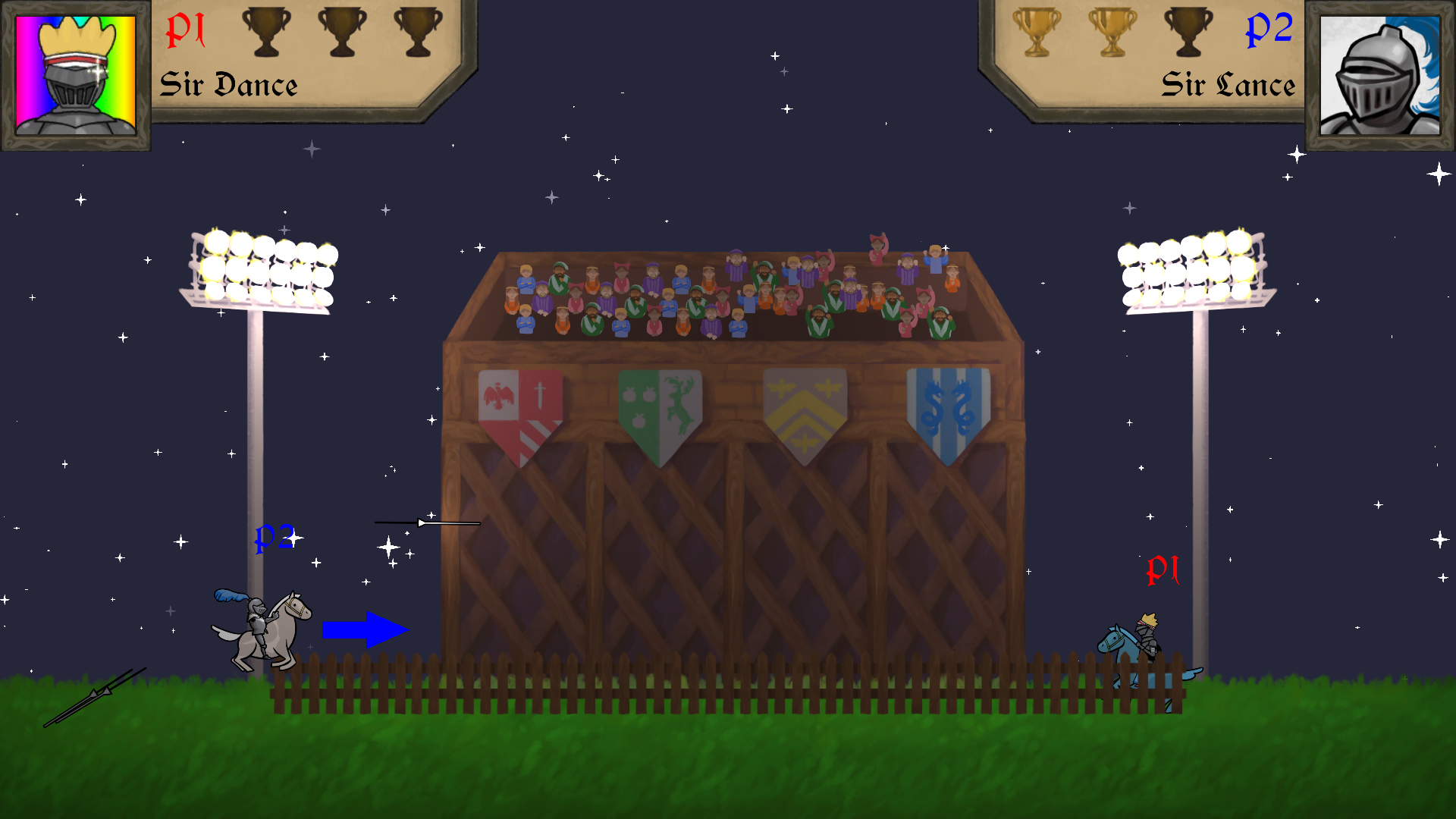 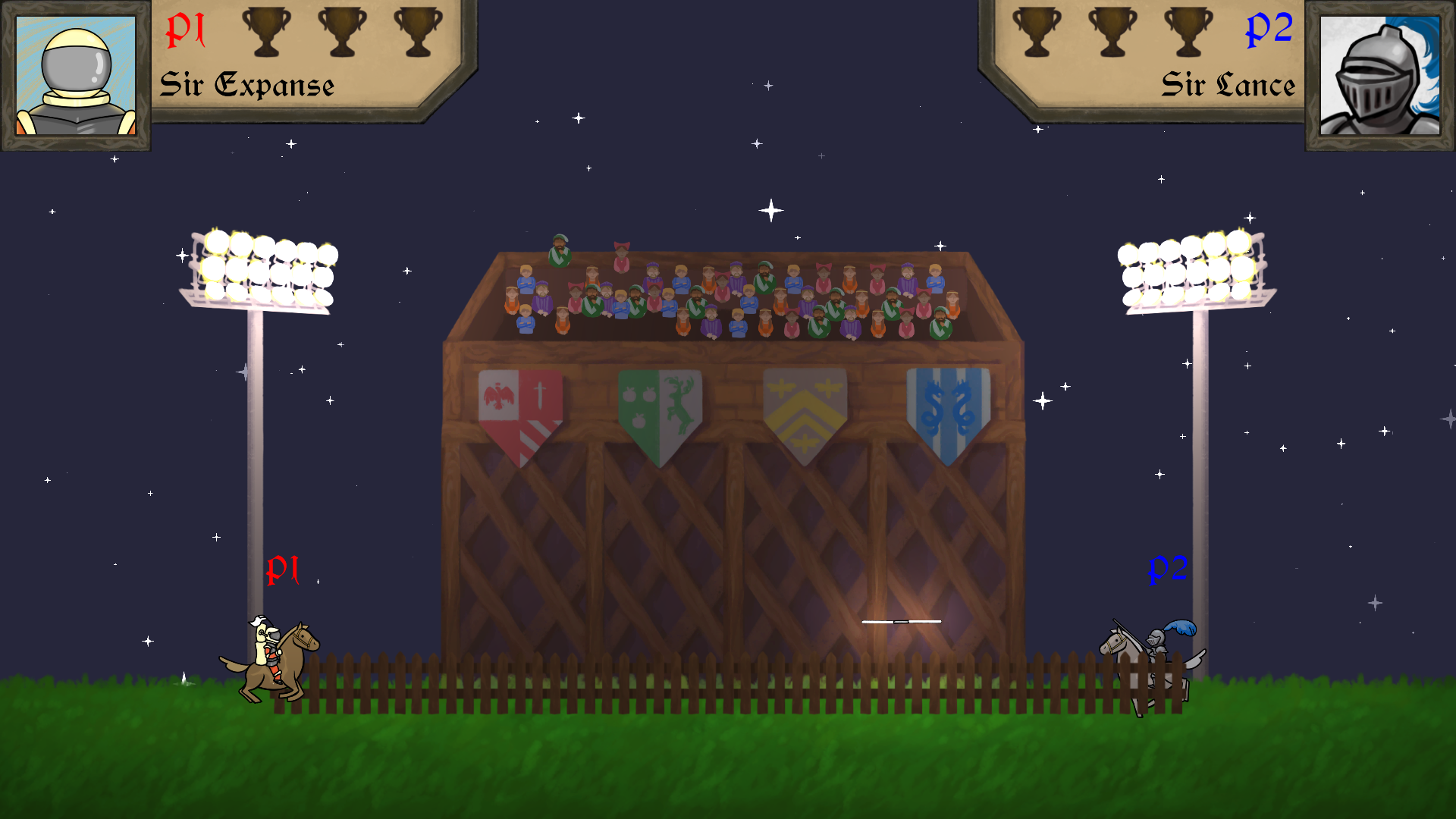 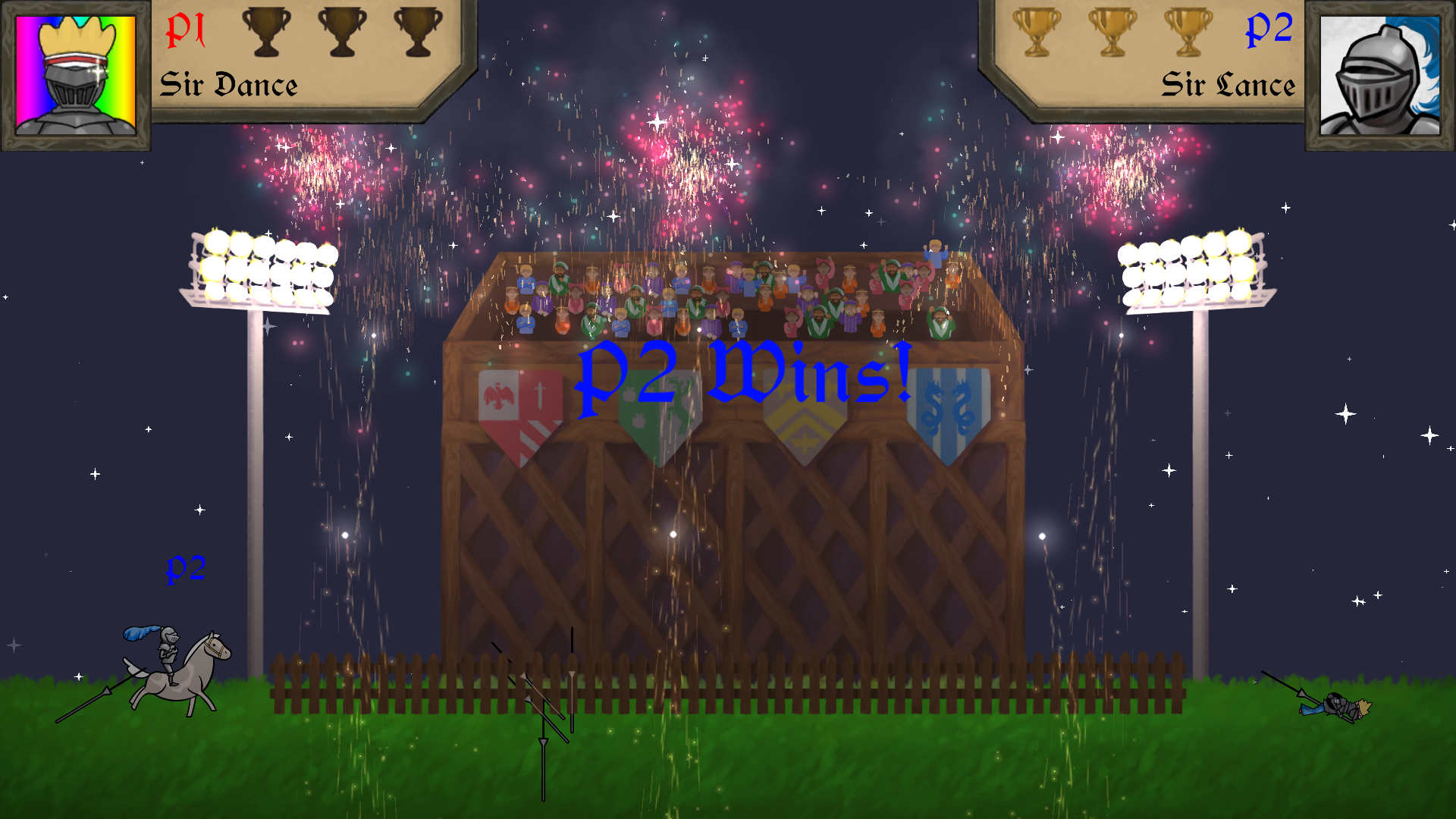 Knight Night is a 2-player simple projectile-based fighting game, where each player controls a knight trying to knock the opponent off their horse by throwing javelins. You can play as three different knights, each with unique javelin characteristics and movement abilities. Knight Night was a semester long project made with a team as part of Game Creation Society, a game development club at Carnegie Mellon University. I helped design the general gameplay mechanics, the knights, and designed and programmed the UI.

This game was designed to be easy to play and accessible while still retaining depth and skill expression. We designed the game to have simple inputs and need only 2 buttons and an 8-directional axis. While the horses run automatically, we gave players the ability to adjust the horses' speed and a movement ability to allow for dodging, mindgames, and reads. We made sure each of the three different knights played differently while still remaining roughly the same in power level. Playtesting was done to ensure controls and the knights felt good and were balanced.

Controls: Requires 2 USB Controllers. Left Analog stick to adjust horse speed. A to jump. Hold B to aim and let go to throw. Use the left analog stick while holding B to aim in a direction.