The Role of Narrators in Video Games

Narrators are commonly used in books and movies to tell a set story, and are usually some intangible observer or a character in the story itself. However, video games are an interactive medium, with each player acting differently. While most video games have chosen to forgo narrators, many still have a narrator. So how can these games have narrators when players interact with the medium and could potentially change the story? Let us explore some of these games and see the various ways narrators are used in video games.

A common use of a narrator in video games is using them similarly to how they are used in films. In the case of video games, this means having narration during the only noninteractive parts of a game: cutscenes. An example of a game that does this is Dishonored 2. In between every mission, the main character, Emily or Corvo depending on who you chose, narrates part of the story in an animated cutscene. 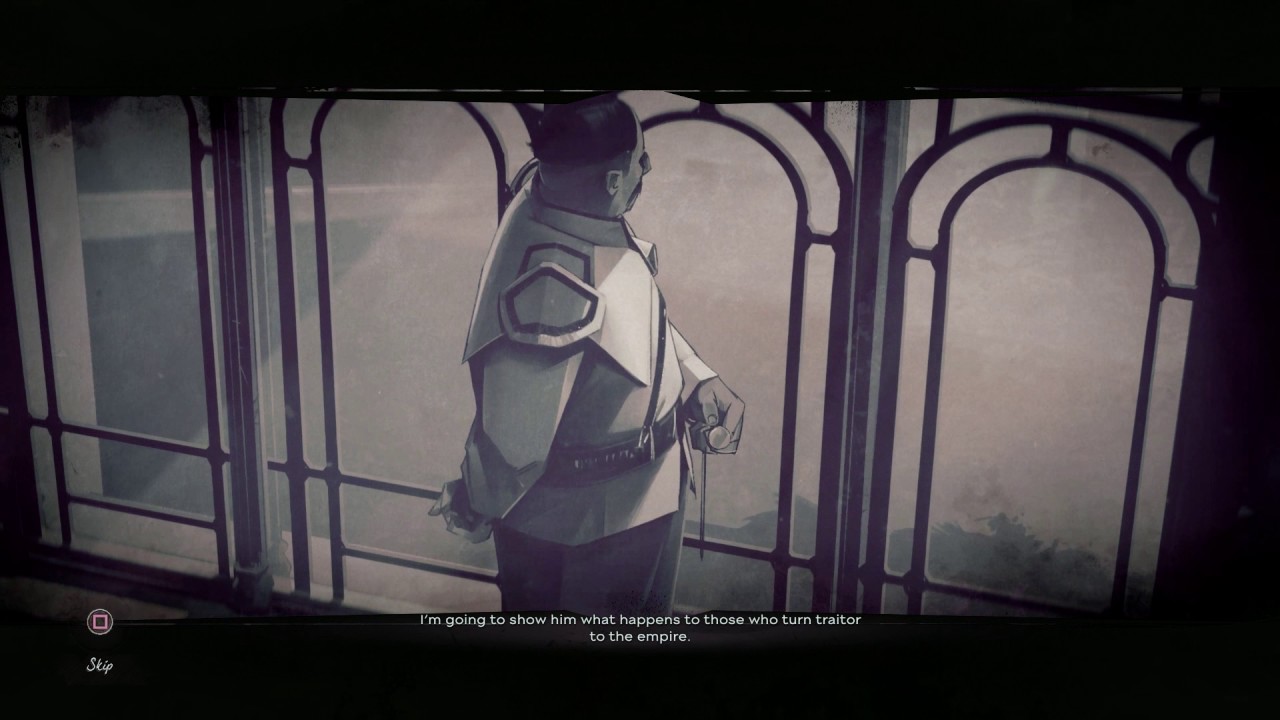 A narrated cutscene from Dishonored 2

Normally, cutscenes are used in video games to get information or story across to the player quickly and efficiently. A narrated cutscene can convey information and story even faster and clearer. By narrating the cutscene, there will be no confusion over what is happening in the cutscene. In addition, when the narrator is an in-game character, such as in Dishonored 2 where it is the main character, the narration also can serve to reveal more about the narrator character. For example, in the opening cutscene for Emily, she remarks “All these years later, am I the ruler my mother wanted me to be?” This shows that Emily is insecure about her ability and accomplishments as empress. While the developers of the game could have chosen many different ways to express this part of Emily’s character, a narrated cutscene remains one of the quickest and easiest.

Thomas was Alone is a puzzle platformer where you play as various colored rectangles with different abilities. What stands out about this game is the masterful use of the narrator to tell the story about these rectangles. Through the narrator, you learn about each of the rectangles’ personality as well as their overarching story to find their purpose in life. Soon, you begin to think about these rectangles as human-like characters with their own feelings and aspirations. By having a narrator tell the story, the developer was able to give colored shapes complex characterization and make them charming. The use of the narrator makes an otherwise boring game about jumping rectangles suddenly become about this struggle for newly self-aware artificial intelligences to find a reason for their existence.

A playthrough of the first part of Thomas was Alone (Skip to 1:30)

The unique thing about video games as a medium is the fact that players can interact with it. Some games extend this uniqueness to narrators as well, creating a narrator that can only exist in a video game because the narrator reacts to player actions. One of the best examples of a narrator commenting on what the player does is Bastion, an action RPG by Supergiant Games.

The narrator in Bastion tells the story of the Kid, who is on a quest to fix the Bastion, a structure capable of restoring the breaking world. Using a narrator in a game like this helps keep the flow of the game smooth by avoiding the use of cutscenes and text, which can create unnecessary pauses in gameplay. In addition, the narrator remarks on some of the actions the player does, such as rushing through areas, taking it slow, falling off, and struggling against monsters, and tells it like it was part of the story. This makes the narrator feel more like an extension of the game and makes the game and player actions feel more of a part of the story.

A video showcasing the narrator in Bastion

Subversion of the Narrator Role

Our previous explorations of the narrator in video games covered their use in telling a story and making the player feel like part of the story. But all of these narrators simply told a story and the player was forced to follow it. What if the player could ignore the narrator? Choose to intentionally go in the wrong direction, or explore routes not covered in the story, or do other ridiculous things? These are the kinds of questions The Stanley Parable set out to answer.

In The Stanley Parable, you control Stanley as he walks around the office and tries to figure out the mystery of why all of his coworkers have disappeared. Or at least, that is what the narrator wants you to think the purpose of the game is. At the start of the game, the narrator begins telling the story of Stanley, and tells us what Stanley does. However, soon the player is faced with a quandary. The narrator tells us that Stanley walked through the door on the right, however, you, as the player, could also make Stanley walk through the door on the left. There are various other similar decisions to be made as the narrator tries to get you to go back on track towards the “proper” story.

In this game, the narrator is not just there to tell the story, but also there to intentionally provoke players and force them to make decisions on whether to obey. What is otherwise a normal linear story suddenly becomes an exploration as you see how the narrator reacts to you going off the path at various places. In fact, what is interesting about The Stanley Parable, is that the narrator is used as a gameplay element and can be interacted with, rather than being an observer that simply reveals more of the story or notes what the player does.

As you can see, there are many ways to use a narrator in a video game. Some games will use narrators as a vehicle to deliver the story, while others use it to immerse the player in the game. More experimental games explore what narrators in video games can do and what purposes they can serve. The role narrators play in games is varied, but they are an important tool that developers can use as part of their game.